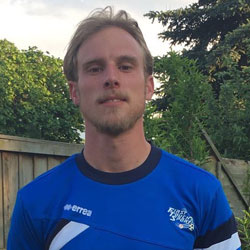 Joe Pattison - Head Coach
Joe is the founder of First Touch Sport and has been working in schools since 2009 and is qualified in a variety of sports and undertaking his UEFA B coaching licence in football in 2016. Joe has vast experience in sport at youth level mainly in football having represented Essex as a youth player and playing for Barnet FC. He currently plays at a semi professional level. Joe has a huge passion for sport and oversees all sessions He also has a BTEC National Diploma in Sport.

Joe Henderson
Joe graduated from Greenwich University in 2014 with a BA Hons in PE and Sport. He also went on to study for his PGCE in secondary education and is now a PE teacher at Mark Hall Academy in Harlow. Joe works with us in the school holidays and although his favourite sport is rugby he is comfortable coaching all of our sports and has been working on our Football Academy since it started in 2015. 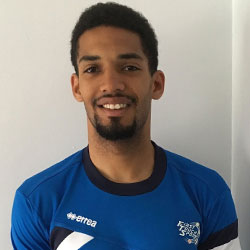 Kyle Joseph-Paevie
Kyle is an FA Level 1 football coach and taught PE in primary schools for 6 years. He has been with First Touch since we formed in 2012 as a Football Academy. Kyle has coached football, cricket and dodgeball at many of our schools. He has also played football at a semi professional level and is now pursuing a career in amateur boxing. He is a fully qualified personal trainer. 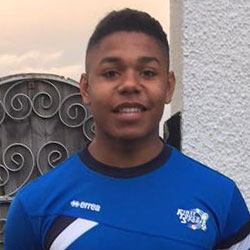 Ed Johnson
Ed is an FA Level 1 football coach and works in our holiday camps and schools. Ed is currently studying for his A levels and works with First Touch part time.

Harry
Harry is an FA Level 2 football coach and coaches Football both in schools and also during our midweek and weekend clubs. Harry was goalkeeper for Southend United FC Academy and currently plays semi-professional and uses his vast experience as our goalkeeping coach. All our coaches are DBS checked and regularly update their emergency aid and child protection certificates.